I wanted to share a concept that was shared with me from Layla Black. Layla brings the heat all the time and this one was no exception.

She said” Our call tonight touched on a topic that really hit home for me. It was all about holding people to a degree of leadership, treating them as a 6 figure a month earner…

What does this quote mean to you?
“If I accept you as you are, I will make you worse; however if I treat you as though you are what you are capable of becoming, I help you become that” ~ Johann Wolfgang von Goethe

What that means to me is if you treat people like they are already operating at the maximum capacity which is of course a level of greatness, then they are a result will step up their game and start being badass beyond belief to the level they deserve to be operating at.

You can't help but step up your game if someone treats you as such and believes in you more than you believe in yourself.

What I think is extra cool with that is that it not only elevates the level of how people act and carry on, it becomes contagious and has the possibility to affect how YOU operate as a by product.

Just think of what our communities and world would be like if everyone treated each other with the respect and belief that we can all become super human awesomeness.

How would that change the world and how would that make you feel for being the positive driving force behind it?

So get out there and start treating others like they are capable of so much more…because they are, and so are you. I believe it 😉 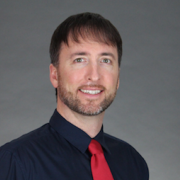 Walmart Is Bad For Your Mind

I'm going to be honest with you...Tony said it so well, I'm just going to use what he said instead of retyping it. *Tony's way of thinking about wealth was first introduced to him by on of his (and my) mentors Mike Dillard. So without further adieu... ———- I refuse to walk into a Wal-Mart. I won’t do it. Just BEING in a Wal-Mart ...